The project “Salt for Sewing” in the Yemeni capital Sana’a offers basic handicraft classes to women to empower them to eventually build small businesses of their own. And – the classes create a counter narrative to war and destruction.

The long wooden table is covered with protective sheets, scissors, and pieces of fabric; on its left end there are two sewing machines, on the other a tray with tiny cups of tea and water. About half a dozen women sit around it and try to keep an eye on their work as well as on their teacher. Their agitated voices echo in the classroom - a former garage, with walls painted in beige and white, the heavy doors covered with light rose curtains. Here, Halima and her colleague Jamila meet their students three times a week, on Monday, Wednesday, and Saturday mornings. From eight to ten Jamila teaches jewelry making, then Halima takes over to give a two-hour-lesson in basic sewing techniques. So far, their students have produced children’s’ clothes, handbags, belts, bracelets necklaces and earrings; the items could easily fill the display of a handicraft shop. And hopefully, one day they will – be it in a big store or in a small one. This is what the project “Salt for Sewing” is aiming at. Its vision is its programme. “One thousand miles start with a first step”, says Shyma’a, the supervisor of the classes. “And the first step for this project was the determination to do something for the Yemeni society – mainly for women.” Because if you empower women, you strengthen the whole community.

“Salt for Sewing” is handicraft project initiated in Switzerland to be materialized Yemen – in the true sense of the word. It trains women who have no access to formal education to achieve basic handicraft skills so that they will be able to build a small enterprise to generate an income for their families as well as for themselves. And, as Shyma’a emphasizes, it supports them to excel in work they love and are talented in.

“Salt for Sewing” started in the Yemeni capital Sana’a last summer, but its actual launch goes back to 2015. And I must admit, it came into existence because of a mistake, or better: a misunderstanding.

At that time just shortly after the war broke out my friend Jamil, a businessman from Sana’a whom I had known for years, still had a stall at a Christmas market in Zürich. He sold beautiful Yemeni goods such as lamps, jewelry, shawls – and small handmade baskets filled with fleur de sel. I immediately fell in love with them - and the salt. What added to their beauty was the fact that they were made by Jamil’s sister Boshra and her friends in their village in Ibb, a governorate about 150 kilometers South of Sana’a, and the salt was distributed by a women's cooperative on the Yemeni island Socotra. I asked Jamil to send me 15 pieces as soon as he would be back to his storage facility. The baskets would be perfect gifts for friends and family. A couple of weeks later I received a huge package and when I opened it, I found 50 baskets, neatly wrapped, and about three kilos of salt.

First, I was angry. What should I do with 50 baskets and so much salt? Where should I store all this? I was tempted to send the baskets back again, but then I had the idea to make a business out of it: I would sell the baskets with the salt for 15 Swiss francs each to fund a project that could ease the life of people in Yemen at least a little bit. I was thinking of oxygen bottles for hospitals or even of medication. To find out how the money could be invested best I asked Jamil to check with his sister what she thought they needed most in her village. She answered that they desperately needed one or two sewing and embroidery machines, textiles and above all the salary for a teacher. This would help young women to achieve skills to support their families and to increase their chances of getting married.

Actually, I was a little disappointed. Women and sewing – this was the most conventional set up I could think of. However, as the project shouldn’t be about my desires but about something women in a rural area in Yemen really needed, I agreed. And called the project “Salt for Sewing Machines.”

They desperately needed one or two sewing and embroidery machines, textiles and above all the salary for a teacher. This would help young women to achieve skills to support their families and to increase their chances of getting married.

People in Switzerland loved the salt baskets and the story behind the project. Boshra and her friends produced loads and loads of baskets – they got paid for their work, if course – later they added fruit bowls and small make-up bags to their range of products. And for years the baskets found their way to Switzerland, even though their postal route got more and more adventurous. One of the last packages was sent in a UN-Plane to Djibouti, then delivered to Paris and finally to Zürich. However, eventually, “Salt for Sewing Machines” faded out. I was told that all women from the village as well as from the surrounding villages, who had wanted to learn the art of sewing, had gone through the classes, many of them had then continued to work on their own, sewed beautiful dresses for the kids in the local orphanage or were hired to repair clothes for friends and neighbors. And some had actually got married.

Last summer the project came to a halt. I was left with 50 baskets, 3 fruit bowls, 10 make-up bags and some salt.

Were they tokens of an end or symbols of a restart?

I discussed the issue with Shyma’a. Shyma’a lives in Sana’a, is a mother of five and a teacher for illiterate women. She and her husband had invited me to stay with them at their house whenever I was in Yemen. The way we met is a beautiful story on its own, beautiful also, because it built the foundation of our friendship. Thus, I was thrilled when Shyma’a suggested to restart the project in Sana’a and offered to be the supervisor. There wouldn’t be better hands to put “Salt for Sewing Machines” into. To make the restart more tangible we changed the name to “Salt 4 Sewing”.

Shyma’a went to work. She set up a budget, roamed through the shops to look for affordable sewing machines, compared prices and qualities, bought textiles, hired two teachers, Halima and Jamila, before being recruited Jamila had been working as a cleaner at a medical center. Then she searched for a suitable classroom, and as she realized that the rent would be too high, she decided to use the garage of her house, had the walls painted and sent me pictures to keep me updated about the process.

The first class started with twelve students, some where women from her and her teachers’ neighbourhoods, some were students from her literacy class, two were relatives. Since the relaunch in September totally 25 trainees have gathered in the garage to be taught the first steps of sewing and jewelry making. The current class consists of 13 women. The sew everything they learn for themselves or for their children. Both Halima and Jamila are very strict in fulfilling their agenda and in keeping their students committed. Women, who haven’t attended the classes more than three days in a row without presenting a strong reason, are expelled from the training. So far, the dropout rate has been marginal.

Sometimes, Shyma’a hears the women laugh while she is in the house doing her daily chores. That makes her happy. “I think they are having a good time”, she says. If the talking and laughing seem to be getting too much, Halima jokingly asks the women to go and help Shyma’a in the house. In the last weeks, since Sana’a is bombarded regularly again by Saudi and UAE fighter jets as retaliation for the Houthi aggression towards Abu Dhabi, the classes have also become something like a safe space; a place that creates a counter narrative to fear and destruction. “The women take good care of each other after the last night’s bombs”, Shyma’a tells me. “Each woman talks about her feelings and gives an account of how she lived through the night, whether she had been wide awake or sleeping.” Shyma’a thanks God every morning that she and her family are still alive and feels sad for the ones, who died.

Since Sana’a has been bombarded regularly again by Saudi and UAE fighter jets as retaliation for the Houthi aggression towards Abu Dhabi, the classes have also become something like a safe space; a place that creates a counter narrative to fear and destruction.

At the time being Shyma’a is looking for handicraft shops that will sell the items produced in the classes and I am checking with my contacts at international organizations whether there are chances to have the products displayed and sold at bazars or the like. Or if I could get some of the products to Switzerland to sell them here to generate new funds for the project. One day, that’s our vision, we will take “Salt 4 Sewing” further, perhaps offer classes in basic computing, reading or even English on top of the handicraft workshops. Some trial classes might be held during the school vacation from June till the end of August - provided, says Shyma’a, that we are ready with computers, curricula, and teachers.

There is still a long way to go.
But as Shyma’a concluded: “One thousand miles start with a first step.”
The first steps have been taken. 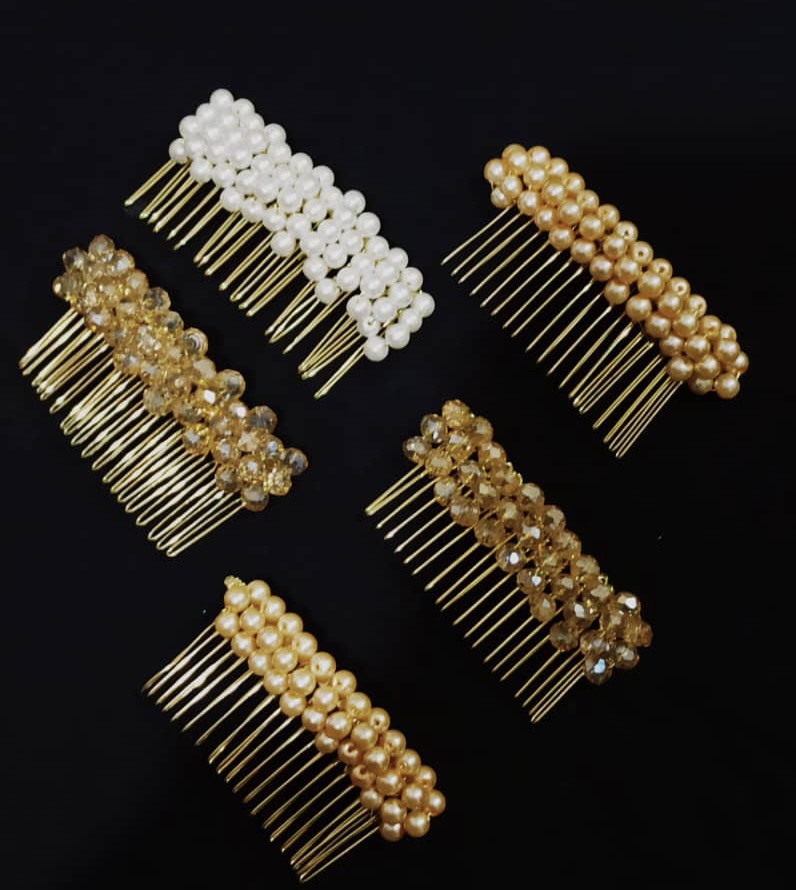 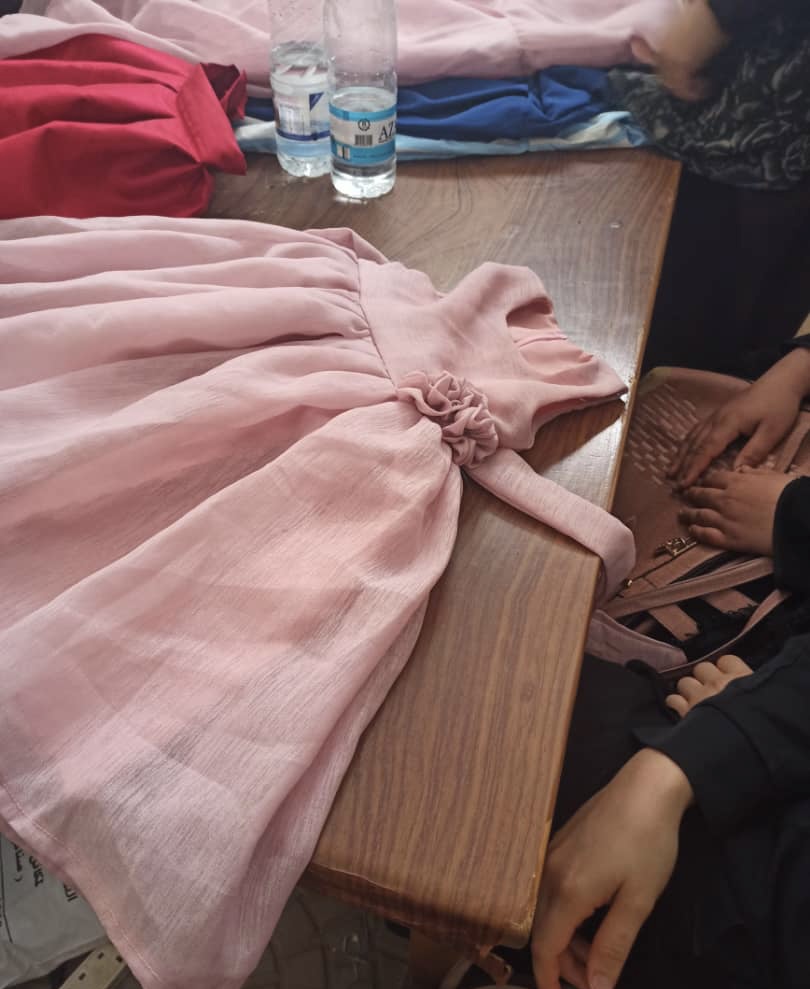 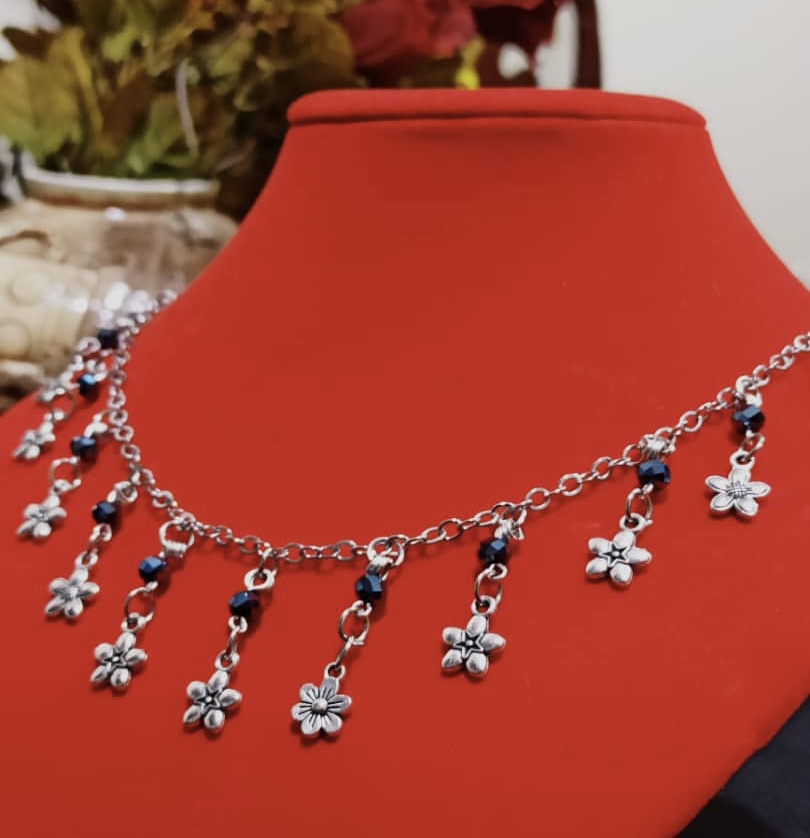 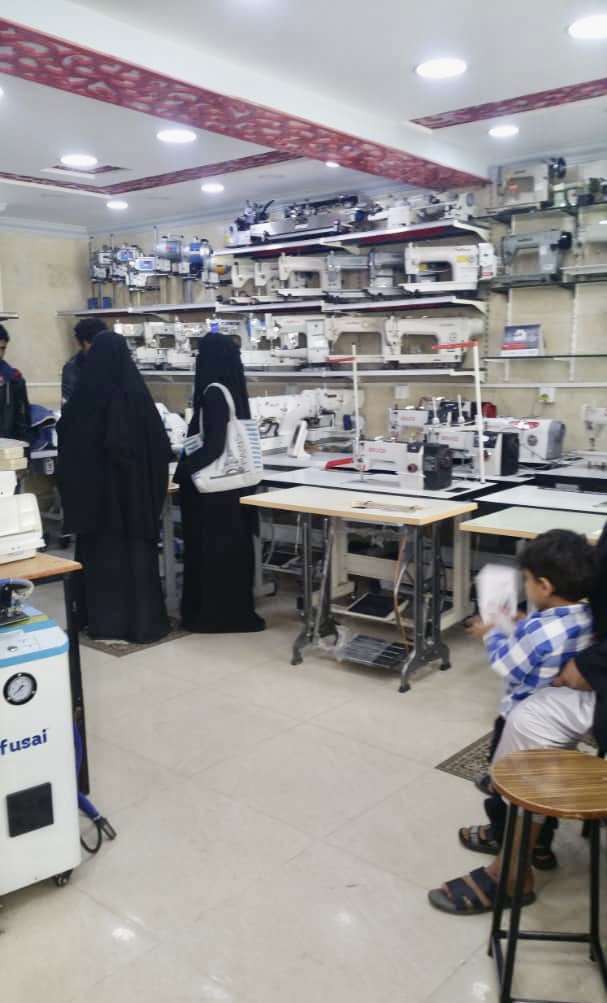 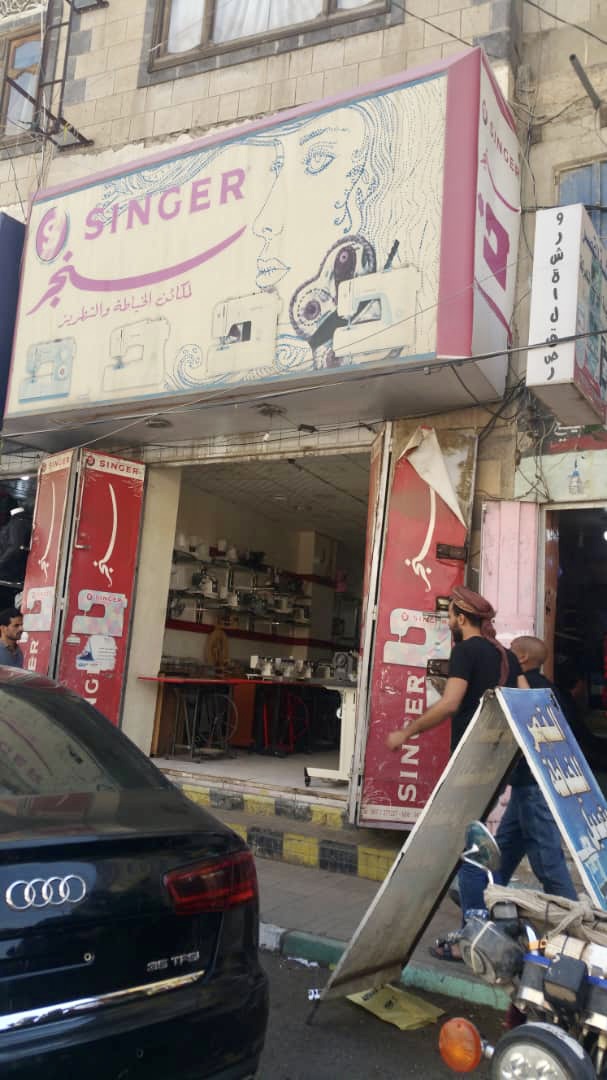 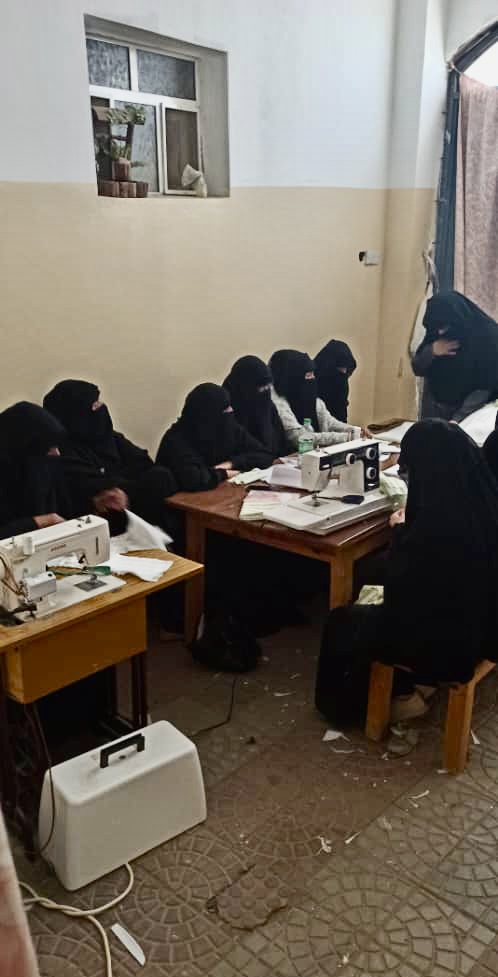 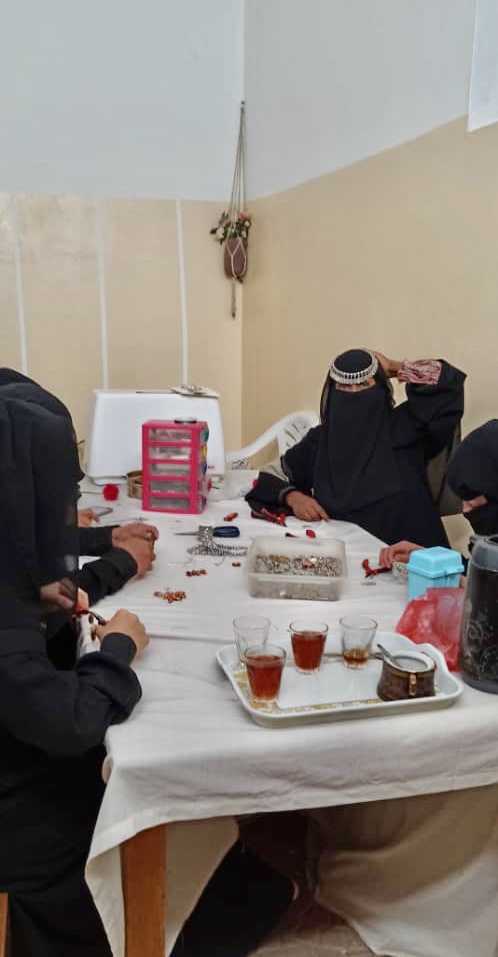 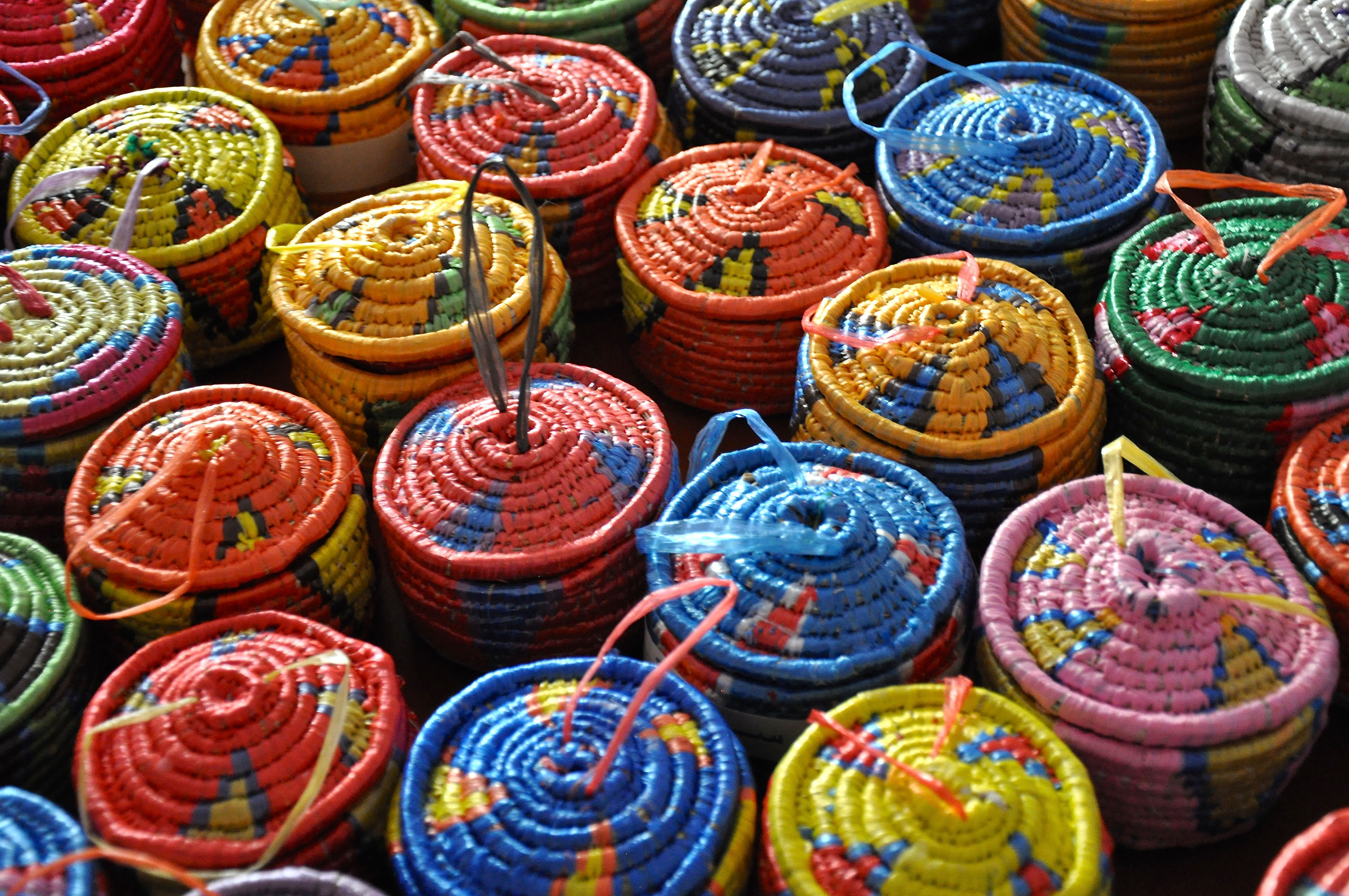