STOP THE WAR IN YEMEN

The war in Yemen happens almost off radar of international attention. It's going on in the shadows of the devastating conflicts in Syria and Iraq and the associated political powergames. The war in Yemen has caused thousands of deaths and casualties as well as the worst humanitarian crisis in the world with 20 million people to be in urgent need of food - and on top of that: the largest ever cholera outbreak.

But the fights between the Houthi rebels and the Saudi-led military coalition are going on, the airstrikes by Saudi Arabia and its allies are grim daily realites. Last Thursday street fights broke out in the capital Sana'a after Yemen's former president Ali Abdullah Saleh publicly turned his back on the Houthis, his former allies. Ali Abdullah Saleh was killed on Monday.

During the street fights thousands of civilians, men, women, children, were trapped in their homes -  as were my friend Hana Al Showafi, a young development aid employee, and her husband. She allowed me to publish the thread of tweets she wrote during the days she was trapped.
They are a gripping account of life under fire.

Shootings are heard in Sanaa and some streets are closed with many checkpoint spreading.. Intensity and fear are on high level tonight..

Exactly! RPG and gun fires are heard at the moment.. intensity says a long night ahead!

Emotionally & physically exhausted from checking on family, relatives and news nonstop since last night! +3 millions in Sanaa are going through hard time due to fights intensity & continuous explosions! Civilians want Peace more than ever!

Can't really know these explosions are due to airstrikes or heavy artillery!! #Sanaa #Now #Yemen

More explosions are heard in Sanaa... conflicting reports about what is happening on the ground, but one thing civilians share: fear of what's next!

OK... Now it is getting intense in #Sanaa after few hours of shaky silence! People only want #peace and would do anything to make ends meet.. life is becoming a burden to many breadwinners.. 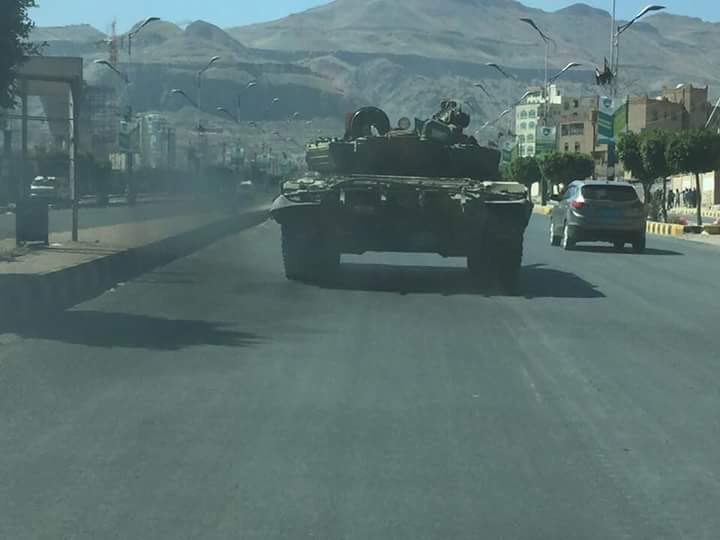 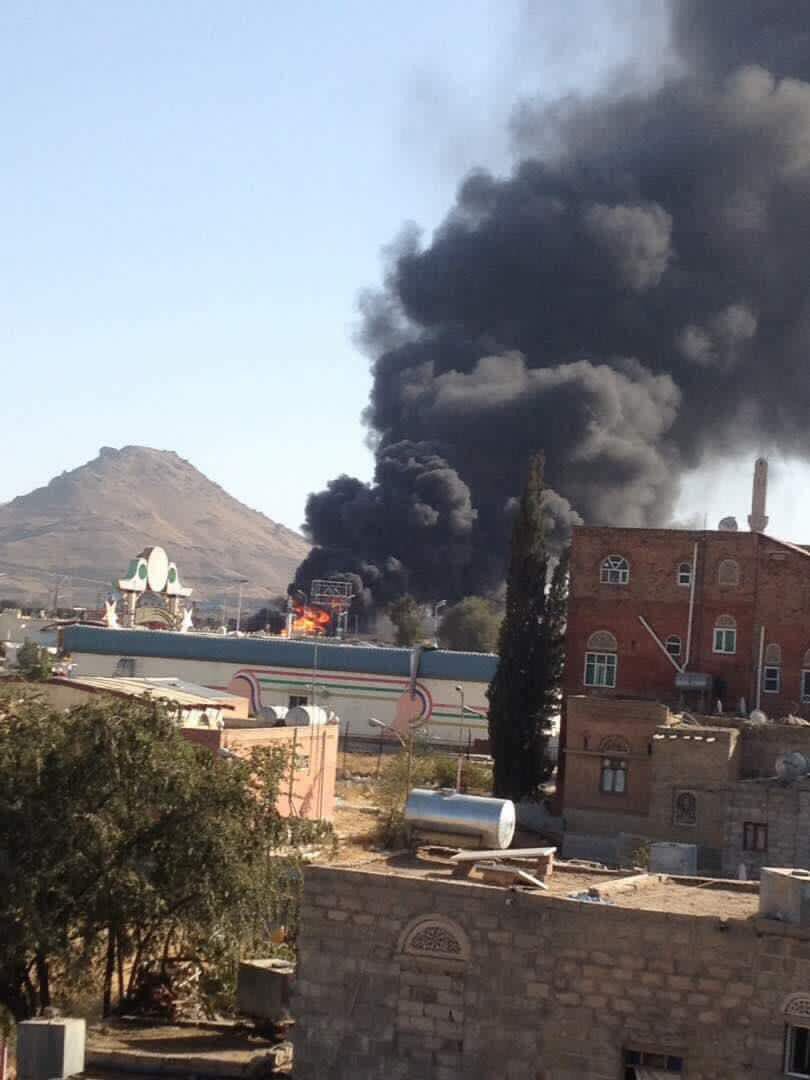 Several explosions rock Sanaa right now! Conflicting news about AnsarAlla regain control over different locations in Sanaa! It is so confusing.. Fear is what civilians share..

Since Friday night,I live in the hallway of my house where no windows around. Limited my access to kitchen & living room because of continuous gunfire & explosions!Neighborhood grocery stores are closed & very few cars pass by! When options are limited, it's #Sanaa now!

Hana Alshowafi retweeted Ali Almurtada‏ @AliAlmurtada:
There is no winner in the current situation in Sanaa even if Houthis took back most of the key areas. The big picture: all are losing.

Hana Alshowafi‏ retweeted rajatmadhok:
Tweeting this while hearing screams of #children outside, another big explosion was heard! O world enough war! #Yemen. As the sounds of war echo throughout #Sanaa, I pray for those trapped in the fighting. Children are scared & terrified, parents are running out of water and food. At this terrible time I am reminded of this song that children in #Yemen sang for adults not long ago. @UNICEF_Yemen

Hana Alshowafi‏ retweeted Hafez Albukari:
And those heavy weapons are used right now! Houses are shaking with every explosion.. who will win at last? Time will tell but until it does, many civilians die silently.. #Yemen #Sanaa

Hana Alshowafi‏ retweeted Yemeniaty يمنياتي:
And always clashes around key leaders' houses means nearby civilians houses are badly affected! War is ugly is so many ways..

Alright!! Explosions are getting closer and shakes strongly felt.. three days of heavy clashes in populated areas is insane! Many families are stuck in houses can't get food: raining bullets, no means of transportation and closed groceries!

Hana Alshowafi‏ retweeted Suha Bashren:
This call represent many families who are stuck inside houses and need to leave but impossible due to continuous heavy clashes! A ceasefire in Sanaa is demanded now.. #Yemen #Sanaa

This means a long ugly fighting in #Sanaa! #Yemen

And an airstrike just hit! Wow a big party all over Sanaa.. At least by end of this war, we would write in our CVs that we have skills of recognizing airstrikes & heavy artillery explosions' sounds!! Peace is all we want now.. #Sanaa #Yemen

What more can we endure? We're amid fierce ground fighting & under deadly aerial attacks. Living in #Sanaa #Yemen is a daily life-or-death experience. I doubt there is hell because here's hell already!

Hana Alshowafi retweeted Ali Almurtada‏ @AliAlmurtada:
The use of heavy weaponry in residential areas is a war crime. We've said this before and we say it again. #Sanaa

Now I can say it is CLOSE! This is happening in residential areas.. children will have life long trauma.. Families can't even leave houses, staying at home is safer than fleeing.. raining stray bullets! #Sanaa #Yemen

Hana Alshowafi retweeted Dina El-Mamoun‏ @DinaDena00:
The biggest bang ever, the house shook, some hundred meters away. Followed by gun shots one street away or so from us, # Yemen, # Sanaa

Hana Alshowafi retweeted ICRC Yemen‏:
Violent clashes & airstrikes continue in Sana'a, #Yemen. Thousands stuck in their homes, with little food or water, too scared to go out for fear of getting shot. Pregnant women can't get to hospital. Situation dire. We repeat: Civilians are not part of the fight.

Hana Alshowafi‏ retweeted WHO:
And when we talk about people with disabilities, many Yemeni children now suffer due to the ongoing conflicts! They were targeted by airstrikes, landmines, ground shelling.. All warring parties contributed generously!!

Hana Alshowafi retweeted Samir Elhawary‏ @rimas_se:
Heavy airstrikes in #Sanaa for the last few hours. Intensifying now. We're getting lots of calls from families asking for help as they are trapped in their homes fearing the worse #Yemen

Right now situation is relatively calmer than last night but gunfire is still heard in diplomatic area! Conflicting news on who is taking control but one fact: people are still trapped in this madness! #Sanaa #Yemen

When you try to collect your life/ future in bags!Hard to decide what to take or to leave behind..Taking a last look around was a torture! @osamahfakih and myself decided to leave our appartment in diplomatic area after brutality of last night! Many families did.. #Sanaa #Yemen 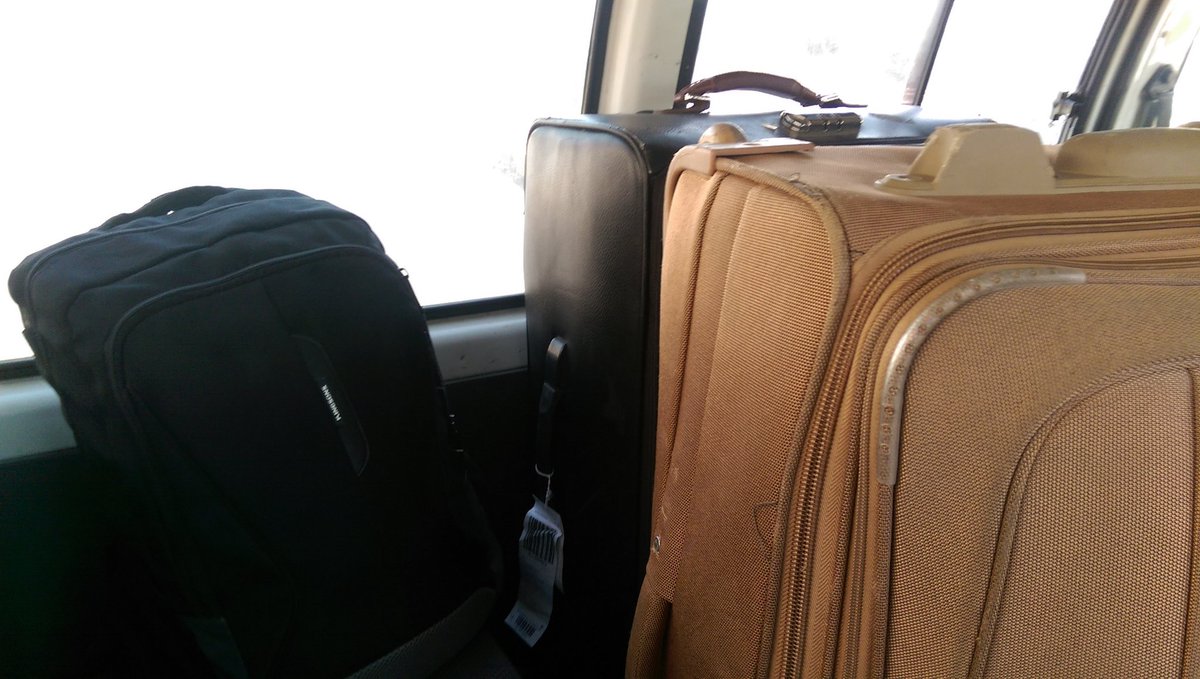 Since announcing Ali Saleh killing, AnsarAlla cars roaming many streets in Sanaa with microphones playing Zawamel (songs/chants) of victory! Saleh is killed, what' next? People are numb everywhere.. #Yemen

And another airstrike just hit!! People still need time to absorb what happened today, some are in denial, others are scared of what will be next.. Explosions sounds are ugly reminders of our realities

Hana Alshowafi retweeted Marian Houk who retweeted MOHAMMED GHOBARI:
"The UN Security Council held an open meeting on Tuesday to discuss the situation in Yemen after the death of the former President at Houthi hands

Hana Alshowafi added UN Development & Humanitarian Coord in #Yemen Jamie McGoldrick‏ @jamiemcgoldric8:
2/2 I urge all parties to the ongoing conflict in #Yemen to comply with International Humanitarian Law, ensure the protection of civilians and respect civilian infrastructure. I ask the parties to stop the violence.

Who will ensure?? All warring parties are way far than respecting IHL, daily violations against civilians! #Yemen
Hana Alshowafi retweeted rajatmadhok‏ @RajatMadhok:
What a day in Sanaa. Food is running out, people can't go to hospitals as driving on roads is risky. There's tension in the air like never before. We had a few close encounters ourselves. Stay safe #Yemen How must those who need to go to hospital be coping? I shudder to think !! 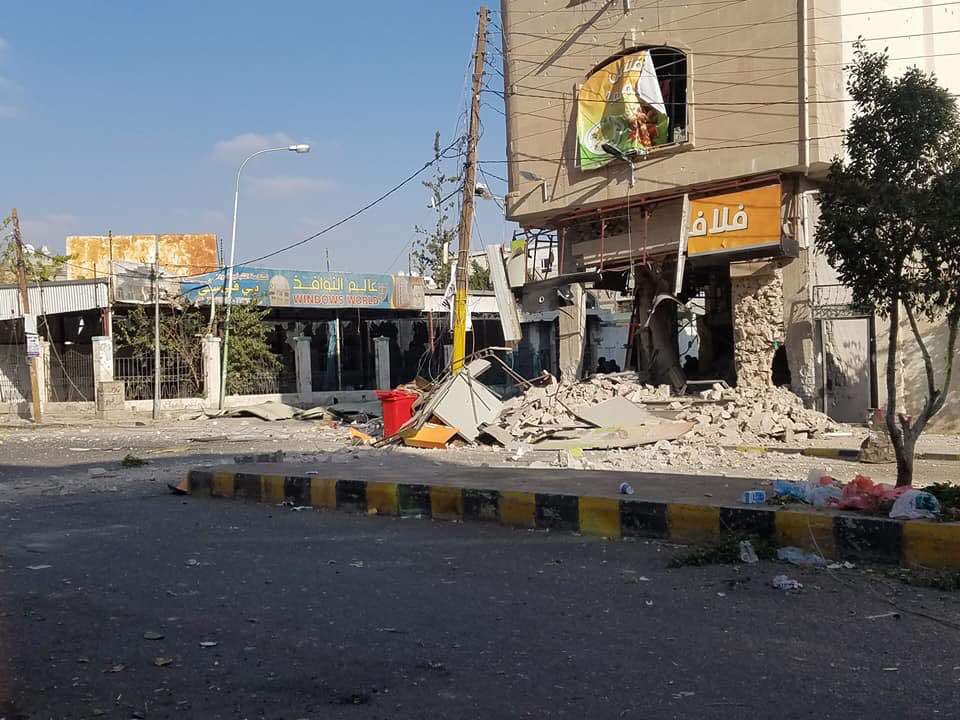 Sanaa is calm this morning but People are numb, angry and waiting for what's next! Fear and uncertainty are current status of many... civilians are cautious and trying to buy essentials in case of any escalations! #Yemen

Hana Alshowafi retweeted @CARE_yemen's Johan Mooij:
"I fear the security situation is rapidly deteriorating. Heavy fighting has forced people to stay inside & many lack food/water. We call on the international community to call for immediate ceasefire so humanitarian aid can reach those in need." #Yemen 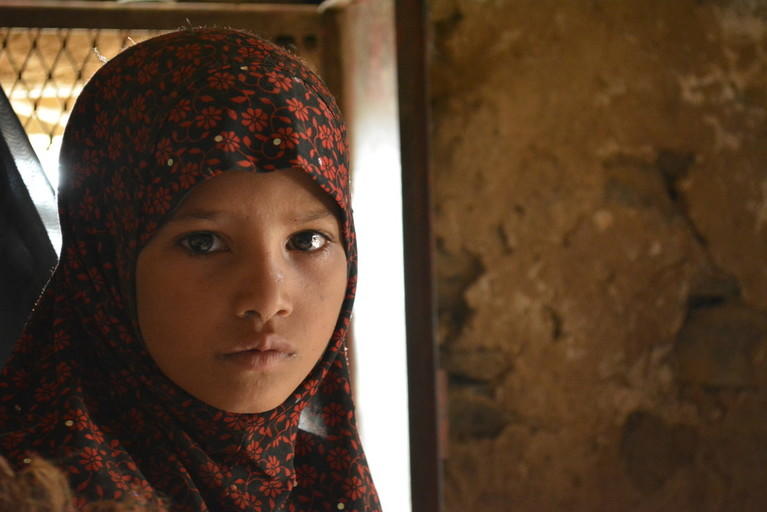 Hana Alshowafi retweetet UNICEF Yemen‏ @UNICEF_Yemen: 22
Fuel crisis in #Yemen is becoming a water & health crisis as well. Shortage of fuel has resulted in rising fuel prices. As prices spike, households are under pressure to reduce food to buy water or resort to accessing unsafe water sources putting them at risk of diseases. 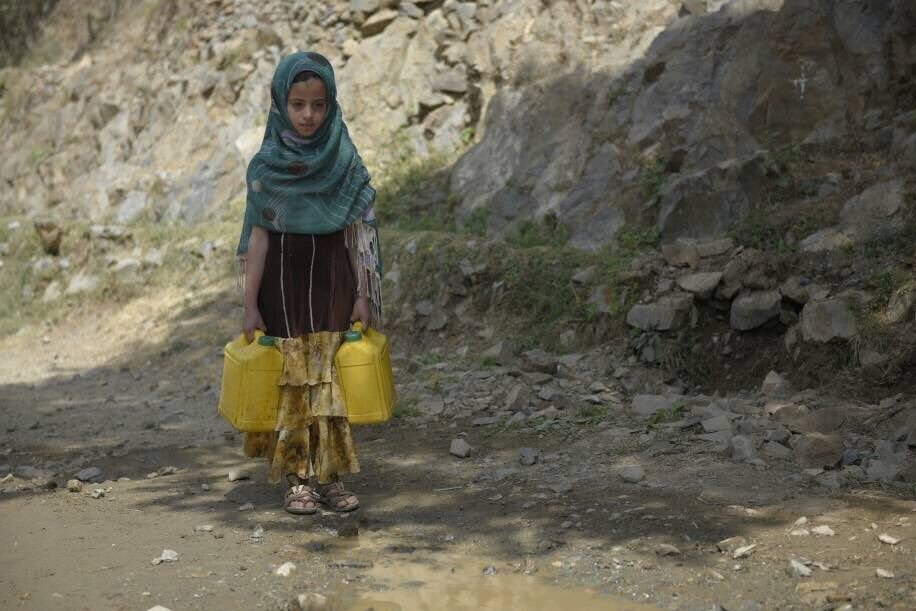 #Yemen: @NRC_Norway and other int'l orgs are calling for immediate ceasefire in Sanaa. Ongoing fighting has paralyzed humanitarian operations, putting civilians at even greater risk.

2nd airstrike in Sanaa and 2nd night without Saleh in political equation... Silence in Sanaa is interrupted by these explosions... People are waiting for what will be next!